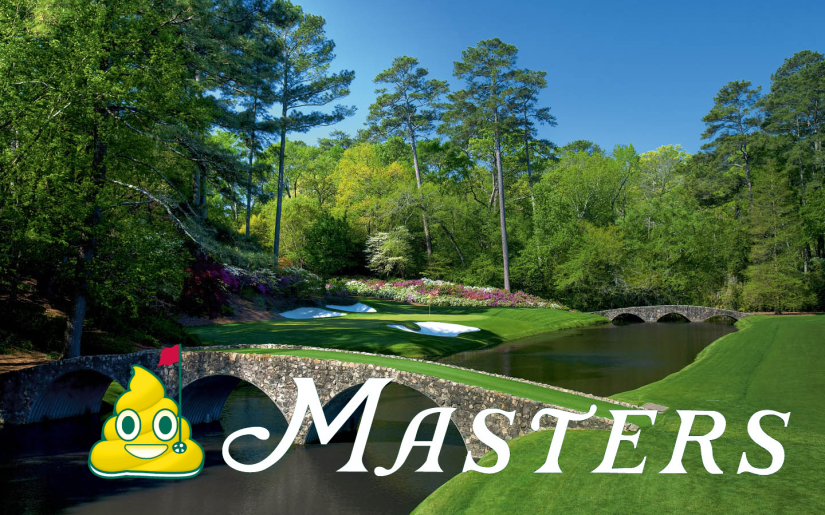 Well March Madness is over and, unfortunately, that means no more watching sports while pretending to do work. “But wait,” I hear you say. “It’s The Masters! It’s a tradition unlike any other.” Why is that? Because it’s the only tradition that still doesn’t let black people in?

But I was willing to give it a try, because… fuck actual work. I fired up the old Masters streaming service, threw it on the second monitor, and got ready for my work production to plummet. Here’s what I learned…

Fuck golf. Golf is the dumbest, most boring thing I’ve ever watched on TV, and I watched the whole season of The Walking Dead where they were stuck on that goddamn farm. Golf is one of those sports from like 200 years ago that I’m supposed to care about because old, white sports reporters care about it, and that’s because it was the only sport around back when they were kids. Turns out that when you’re not working 90 hours a week in the factory, you can use your downtime to come up with a sport that’s more fun than taking a walk with a stick.

Wanna know how I know golf is boring to watch? Because you can literally describe what is going on to someone not watching and they won’t lose a single thing. Here, let me paint you a picture:

This one white guy wearing a half-zip fleece and a sponsored baseball hat takes 3 minutes to line up a putt. It’s probably like 30 feet downhill. He hits it right of the hole and it curves back to the left and almost goes in, but doesn’t. Aww shucks!

Then the other white guy wearing a half-zip fleece and a baseball hat with different sponsors on it takes 2 minutes to line up a 4 foot putt. He misses it. DRAMA!!!!

If I can follow a sport by checking my phone every 5 minutes and know EXACTLY what’s happening, your shit is not exciting enough.

Oh, but it’s all for the spectacle of it all. The ambiance. You get to see these guys compete while in a beautiful setting. Well, you know what else has competition in a beautiful setting? Planet Earth 2. And that shit is life or death. Literally. Did you see that iguana running away from all those fucking snakes? I almost threw up that shit was so intense.  I’ll take that any day of the week over a guy accidentally hitting a ball into some goddamn sand.

And who am I supposed to root for? All these guys look like the guys who think they’re cool at a  private school. I want my athletes going to prep school on scholarship to escape the trials and tribulations of the streets, not because it’s what their grandfather’s grandfather would’ve wanted. I think these motherfuckers look preppy and I grew up in Newport!

Look at this guy: 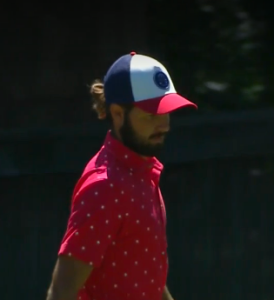 He is rocking a pink shirt with polka dots and has a man bun. A MAN BUN! There is no way this guy doesn’t try to fuck your girlfriend at a party when you go to the bathroom.

Some people like watching golf because they enjoy playing golf. And I can get behind that. Playing golf is fun. You’re outside. You’re with your buddies. There’s beers. There’s competition. I get it. But, you know what else has those things? Literally everything else ever!