Spotify has just reminded me it’s summertime with its new “Your Summer Rewind” playlist. Apparently, it’s a collection of songs that I’ve played repeatedly during the summer in the past. Nobody is better at embarrassing you than Spotify. “We’ve noticed you listen to a lot Lady Antebellum, perhaps try this…” But seeing how good this playlist is feels like the perfect topic for the Backyard Blog of the year.

I’m pretty sure this album came out in the summer, and this was far and away the best track on it. In case you weren’t yet aware, Andre 3000 is really good at rapping. I definitely said “until then, I’ll ride my fuckin’ bike… or walk” like 34 times a day that summer.

I find this song to be super good background music. I mean if someone were to stop and listen to it, they’d probably turn to me and be like, “Really? You like this?” But in the background during some day drinking? Solid. Also, it’s really good to run to.
And who doesn’t like little kids singing the hook? Right? Like The Wall? This is basically the same thing.

Can’t imagine what I was getting up to where this was one of the songs of my summer. Was I just running around flipping over lifeguard chairs and punching aquarium attendants in the mouth for three months? Possibly.
Also, for some reason, this is the clean version from the You Got Served soundtrack. There is an emerging pattern of my incredible whiteness from this playlist.

Ever get into a band, then realize like 9 years later, they’re still putting out albums? This was my moment with B.M.R.C. I feel like this was a song in a movie, and I was like, “Oh shit! That’s them dudes I €liked in college.”
This song is good. I have nothing else.

What? This song is perfect.

Young Blood – The Naked And Famous

This song is one of my “Well, I live in Brooklyn now and hang out with a bunch of hipsters, so what can I add to this playlist that’s not 90s Hip Hop and will make me seem cool?” songs.

Goddamit! This song is so good! This is an underrated Beastie Boys song. You won’t find this on their greatest hits, but it’s fucking great.

I don’t need no magic potion,
Let me talk about backfield in motion.
My girl’s got cheeks for weeks, (and I’m happy)
You know I’m asleep like my old grandpappy

This is a very great summer song. Play it in your car with the windows down and the radio up. You will be happy.

Spotify recommended this record to me one time, and I listened to it a bunch of times because it’s super catchy. It’s got this old school country/bluegrass vibe to it that I like. It’s good. Whatever. Shut up.
The cool thing is that I completely forgot what this band was and couldn’t find them (apparently the search results for “old school country/bluegrass vibe” and “women” didn’t show the results I was looking for), but now I found them again.

Who doesn’t like the idea of Doses & Mimosas? Sounds like a wonderful time. Best boozy brunch ever. I’ll pass on the champagne and cocaine though, thanks.

This song got backlash for being douchey, and it is, but it’s also catchy as fuck. Sometimes you just gotta lean into the douchebag anthems.

And we’ve reached the embarrassing part of the playlist. This song sucks. I’ll admit it. Skrillex is really good to work out to though. Apparently there was a summer where I was working out enough for songs like this to make it on my Summer Jamz playlist. I can’t even remember when that was. Does Skrillex make songs that are good to eat doughnuts too? That’s my workout playlist at this point.

When the Sh– Goes Down – Cypress Hill

This will never not be a good song. It will also never not make me want to wyle out. The only problem with this song is I can’t be in the club, go up to the DJ, and be like, “Yo, lemme hear that N-words in Paris!” I immediately have to leave for being the lamest dude there. Which is a bummer because I really wanted to hear that song.

Member these guys?! You know who else is a very good rapper? Rakim. The bassline in this song is so good. You can’t help but bob your head.

Do It Again – Röyksopp & Robyn

Thanks for this one Spotify! Look, we all have that moment in the night, when we’re getting ready to go out, maybe we’ve had a couple glasses of wine, and we’re doing our hair and we just wanna kick off our shoes and dance around the apartment in our barefeet. Right? Everyone’s had that experience right?

Honestly though, Robyn is mad good. If you don’t like her, you have no joy in your life.

This is another one that just makes me bob my head, clap along, and maybe do a little two step, which I’ve heard is a simple dance that people with rhythm can do. BABAY!

Put this song on and watch everyone around you slowly start to rap along.

This is another one that fits into the “what’s a hipster song I can add to this playlist” genre. I like it. It’s light. It’s fun. It’s catchy. Makes you wanna bop side to side. (Yeah, I said bop. What of it?!)

I was really worried that this song is by the Chainsmokers, because apparently they are a super lame band that everyone makes fun of. Thankfully, they just remixed this song, and it’s actually by someone name sirenXX. Instead, I can continue not knowing who the Chainsmokers are, and making fun of them when people cooler than me bring them up.

That jazz band intro fires me up. This song isn’t THAT good, but once those horns come in, I’m gone! This is such a wedding song. If I were hammered, I dance the shit out of this song. And Boom Boom would be like, “How do you know all the words to this song?” and I’m like “YOU’RE JUST MY TYPE!!!!”

The Crystal Method was my fucking shit in middle school. Thanks again, Spotify, for bringing me back to a time where I was nerding it up playing Magic the Gathering and listening to EPIC TECHNO. By the way, when did “Techno Music” become “Electronica”? Cuz their the same shit, right?
Man, there was a summer where was fucking ripped. Right? Why else would shit like this be on the “songs I listened to a lot during the summer” list? I probably made a SUPER SICK playlist for running, started it every morning, but then took a really long shit instead.

Break On Through (To The Other Side) – The Doors

Some Kind Of Wonderful – Reflection Eternal

I wholeheartedly believe I will be listening to Talib Kweli in 50 years when I’m in a retirement home. Nurse Robot! Put on that Black Star joint!

The Devil Is A Lie – Rick Ross, Jay Z

This is another album that dropped one summer, and I listened to this one, basically, on repeat.

You want a good summer song? Take a ukulele and throw some Spanish rap on top. Boom. Close your eyes. Are you in a hammock sipping a coconut drink? Thought so.

It doesn’t matter what time of the year it is, this song will always be a banger

Joker And The Thief – Wolfmother

This may not the best song for your Summertime BBQ playlist, but it makes me want to run through a goddamn wall. 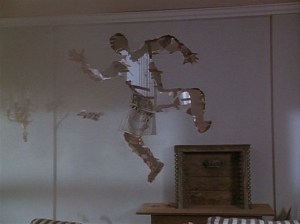 I honestly have no idea about this song. I was probably like “What’s up with this Fetty Wap character?” then listened to it 14 times trying to figure out if it’s good or not. I’m still unsure.

The beginning of this song is one of my favorite beginnings to a Beastie Boys song ever.

The Walker – Fitz and The Tantrums

What do you want from me? We’ve already established that I’m really, really white. But just in case you forgot, this song is here. Let’s just hope I don’t get sunburned this summer.