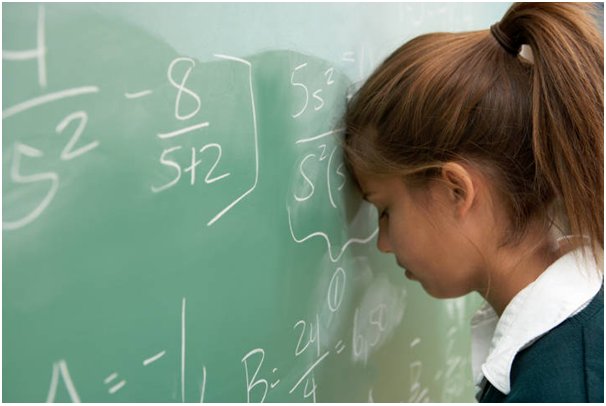 I came to realize something. I’m not a huge fan of watching games in bars. Maybe I’m getting old (I’m getting old.), but it’s just not an awesome experience. Whenever I watch a Pats game at a bar, I can never remember details of the game the next day. Sure, I can remember the Pats winning and that Tom Brady was exceptionally handsome, but I can’t remember any of the specifics.

There’s too much going on in a bar. There are people everywhere, and people are the worst. I really don’t want to listen to the guy next trying to impress his buddies with his “incredible football acumen.” We get it buddy, you watch football and play fantasy. Everyone knows Blaine Gabbert sucks. We all just shut the fuck up about it, because it’s nothing new. And babies! Why are there babies at the bar. Who are these people? Like this asshole. And I don’t really have anything against babies in a bar. It’s just that when people bring their babies to the bar, they also bring ALL their baby shit. I can’t make my way to the bathroom because there are 45 strollers in my way.

But “Rhys,” I hear you say, “at a bar you can watch the games and have someone bring you beer and food.” One, Seamless motherfucker. And two, I live in New York City, my apartment is so small I can see the TV perfectly fine from my kitchen. And my couch. And the bedroom. And the toilet!

And these magic beer and food providers of which you speak? Bars are always understaffed on gameday. There’s like 2 waitresses for like 35 tables. I’m constantly missing the game trying to get a waitresses attention for food or drinks. LOOK AT ME! I’M STARING RIGHT AT YOU!! On the crazy chance that I get a food order in, I then spend the next 20 minutes looking out of the corner of my eye saying to myself, “Are those my wings? No. Are those my wings? No. Those must be my wings. Dammit!.”

When I’m actually watching the game I want to be watching, and it goes to commercial, I look around for another interesting game to watch for 5 minutes. What usually happens is that I look at a TV, and that game JUST had an awesome play that I missed and is now going to commercial. When I look at another TV, the same thing happens. “We’ll be right back.” There are 10 games on, but they all seem to be going to commercial. You end up watching Browns-Jaguars for the majority of the time because those teams have punted so many times, the network has run out of commercials.

This somehow got me thinking about those idiots in the studio, who come on at halftime. I hate those guys. And for some reason like 5 years ago, we made the switch where the ex-football players give the highlights, instead of the guys with the degree in professional fucking broadcasting. So I get to here Terry Bradshaw give highlights like “Aaron Rodgers throws a touchdown here to… And the there’s a punt return… Rivers throws off his back foot.. and then… 17-7 Packers over the Chargers at the half.” My guess is the networks needed to justify paying these guys all this money for 2 hours of actual work.

I also hate how their “analysis” is so generic and completely useless. But I realized the reason their analysis sucks is that they, too, are having to watch 8 games at once. You can’t get a feel of a game when you’re trying to watch 3 or 4 at once, forget about 8. Never mind the fact that these are 50 and 60 year old men who have had their brains beaten in. If I sat my dad in front of 8 games, at halftime I bet he couldn’t tell me 4 of the teams who were winning, never mind the score. How many games do you think Ditka is paying attention to? He definitely just falls asleep.

Maybe that’s why I love Redzone so much. I get to just sit there on my couch and let Scott take care of all that. He tells me what games to pay attention to. He constantly updates me on what the scores are. He always makes eye contact. And there are no commercials! If only I could figure out a way for him to bring me food. Is Redzone on Seamless?

Dogshit of the Week

Certainly not Travis Benjamin! Who caught 42-yard bizzomb for a TD in the fourth quarter, which gave me enough points to pull off the last minute upset last week. He single handedly swung my matchup and put me into the playoffs. And JD and Micho! More like, “He’s the Shit!” of the Week, amirite? 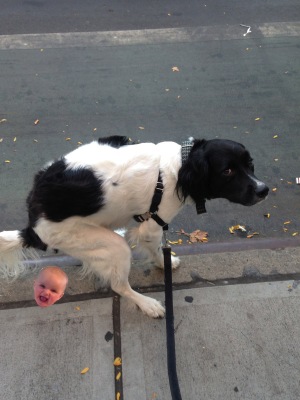 Like, all of deMARYius WOODhead. Woody had only two players (Aaron Rodgers and the Arizona Defense) score double digits. And A.A.Ron scored almost 10 points less than his projected amount. His team averaged 7.1 points per player. He couldn’t even score 90.

I thought twice about pooping on Mary, cause it’s kinda mean. But it’s also funny, so I stuck with it. Sorry Mary, tell Daddy to get his shit together.

We’ve come to that time of the year where we start kicking people out of the important parts of the #PowerRankings. Pour a little bit of your 40 out for the losers. Or pour all of your 40 out. Why are you drinking a 40? That shit is gross.

No Soup For You 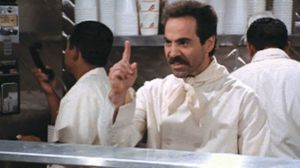 Don’t worry Timmy, you were definitely the best shit talker at the draft. So, there’s that. But you did the complete opposite of backing it up. So, maybe not.

Look here Jeferey, you may be out of it, but you still have one matchup left against Micho. Have some pride in your team. Go all out and destroy him. End the season on a high note. I want to have to put the group chat on “Do Not Disturb” because there’s just too much smack-talk between you and Micho.

So You’re Telling Me There’s a Chance…* 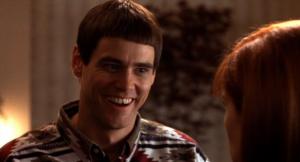 *All playoff scenarios and probabilities are estimated and possibly made up and probably wrong.

JBiggs is 5-7. He needs to win to improve to 6-7 AND then needs one of the three teams who are currently 6-6 (Woody, PWood and Buckets) to lose, so that he can jump ahead of them in points scored.

Raleigh is second to last in points for this season. It’s going to end up hurting him if he doesn’t win, as #Nick will have a tie record and enough points to overtake him for at least the 8th spot, even if both Woods lose.

No wonder Woody broke his brain trying to figure this one out. As long as he doesn’t put up another 80 point week, he’s in. Even if he loses and the two guys below him win, he should have the points to get into the playoffs. And if #Nick and JBiggs win and PWood loses and we have a 5-way cluster fuck of 6-7, he should still get in based on points.

Easiest way for #Nick to get in is to win and for JBiggs to lose, but he could still get in if JBiggs wins (if #Nick has more total points or PWood loses). But if #Nick loses, he’s out.

PWood can still get in if he loses and Raleigh wins and JBiggs also wins, but the amount of points scored comes into play. He can also get in if #Nick wins, but then JBiggs has to lose and points would still come into play. Just win Pat, this is getting too fucking complicated

Holy Crap! All those scenarios hurt my brain. I felt like the guy from a Beautiful Mind running through shit like what happens if #Nick wins but only score 130 points. So I have no commentary on the teams who made it in. Good job fellas. Thanks for taking it easy on me.

Set your lineups. Green Bay (-3) plays Detroit. Don’t watch this game in a bar, watch it at home surrounded by hundreds of pieces of paper scribbled with playoff scenarios.