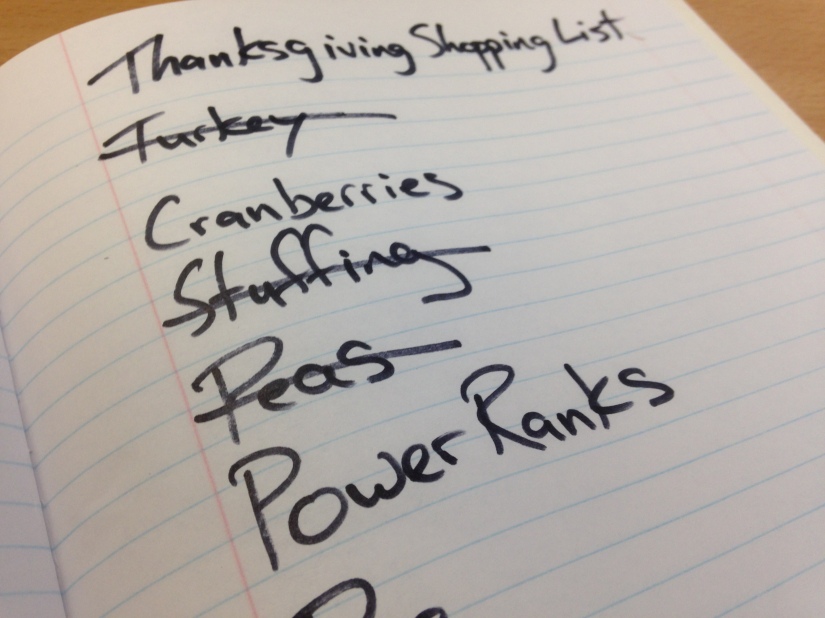 Thanksgiving is the fucking best. I love it. It’s the perfect holiday. It’s on a Thursday, so you get an extra long weekend. There’s no pretense that you have to do anything but eat and drink. No presents. No responsibilities. Just sitting, eating and drinking. Maybe you have to go to a couple different houses. Fine. You know what you have to do once you get there? Eat and drink. It’s fucking great!

I realize that the reason I love Thanksgiving so much is because my family does it right. We go over a friend’s house, who invites 4 other families. So it’s got all the good things about having a big Thanksgiving, where it’s basically like a party, but we have none of the bad things about a big Thanksgiving (i.e. Family). I don’t have to deal with a big family occasion. My mom and dad can sit at one end of the table and I can sit at the other end of the table, with people I actually like.

We used to play football, but everyone got too old for that. (I dominated. I was like #NickMaini out there.) Now we play kickball, but I think everyone’s getting too old for that. I’m pushing for cornhole this year. Or Cards Against Humanity. Let’s just get the drinking started even earlier.

And there’s football. SO MUCH FOOTBALL. “Oh, I’ve had too much of the eating and drinking and talking. I’m just going to grab a turkey leg, sit on the couch and watch 12 hours of football.” And you know what? It’s perfectly acceptable!

What other holidays you got?

Christmas? Fuck Christmas. Christmas used to be awesome. What, with the presents and free toys and shit. Now you have to buy presents for more people than you end up getting ones from. I have no idea how that works, but that’s the way it is. So, that’s fucking stressful, trying to think of the “perfect gift” for like 14 people. And it costs a metric shit ton of money. That stress is quintupled if you have a girlfriend or wife. That gift’s gotta be perfect! Even if she’s like “I love it,” does she? Really? Probably not. Bitch. And God help you if you don’t love what she got you. “Sorry I ruined Christmas babe because I didn’t love the delux potpourri and candle set.”

Halloween? You got stress there too. Gotta find the right costume. Even if you do, you then have to find a party to go to. Or you could go to a bar. You know, you and 3500 of your closest friends, all thinking their allowed to act like assholes because they’re dressed up. And if you just decide to stay in and chill and maybe give out candy? FOMO! Panic!

New Year’s Eve? Fuck. That. We’re all adults here. I think we can all agree New Year’s Eve fucking sucks. I had maybe one of my best New Year’s ever last year, hanging out with Conor and Saggy Naggy watching TV. That was it. That tells you how fucking lame New Year’s has gotten. I can’t remember a good New Year’s I’ve had. I don’t think it exists.

Easter? Hey, let’s have a holiday that requires everyone to travel to their families, but then they have to go to work the next day. Holiday on a Sunday without the following Monday off? Terrible. Nice going Jesus.

Arbor Day? I have no idea what that is and I refuse to look it up. Fuck Arbor Day.

4th of July? Hmmm… This is a good one. Day off. Beautiful weather. But Woody’s always working on 4th of July. That’s a bummer. 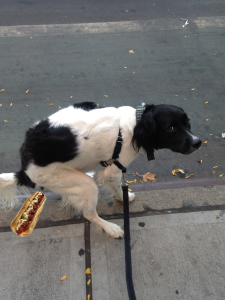 Frank Gore. Good old 5 Dollar managed just 36 yards on 13 carries and lost a fumble (0.60 points), plus Carlos Hyde vultured a touchdown. Which means I get to be pissed about this too because instead of those 6 points going to Brendo, they went to PWood and against me. Why only 13 carries? This guy is still good. San Fran is going to end up shooting themselves in the foot “saving” Gore for JanuANY.

Runners Up: Smoking Jay Cutler. Man, if he had anything even close to a good day, I would’ve gotten smushed by PWood. Instead, he had a very Cutleresque 130 yards and 1 TD with a lost fumble; Michael Floyd. I think this is more of a function of the Legion of Boom and less of a function of Drew Stanton. The Seahawks absolutely needed this game and it was in Seattle. They beat up everyone in this game. Don’t get me wrong. Drew Stanton is at fault here too. He’s competent, but he’s still a backup quarterback. But this was Seattle’s defense playing like the old Seattle’s defense.

I’m pretty sure Brendo’s been mathematically eliminated from playoff contention. Time to start the freshmen.

Big win this week. Well done Jeff. Wins like this will keep you out of the bottom spot.

I’m pretty sure Jeff was mathematically eliminated from the playoffs even before we headed into last week. It was a rough season for you, Jeff, but did you learn your lesson? You don’t try to sell you team to Cam. Or anyone for that matter. But especially not Cam.

Mathematically eliminated from the playoffs, even though I didn’t do the actual math. Micho plays Jeff in a “loser must confess his love for the other” match. The sexual tension in the texts between the two of them is killing me. Let’s get these crazy kids together.

Both Austin and #Nick knocked off the top 2 teams this week. One of them is making the playoffs and one of them is going home. #EXCITEMENT. Fat Fingers has a 130 point lead over Austin, but matches up against The Wooden Hammer this week. Austin has a slightly better matchup against Josh, but it’s an absolute must-win game.

If I won last week, I’m pretty sure I’d be in the playoffs right now. (I’d be 6-6 and PWood would be 4-7, instead we’re both 5-7) I was winning by about 10 heading into Sunday Night with Rashad Jennings going against Odell Beckham and Jason Witten. I thought as long as Jennings played well I’d be able to squeak out a victory. Then this happened.

I’m not even mad. That was the best catch I think I’ve ever seen. Put that one in the SportCenter Top 10 Hall of Fame with Jadeveon Clowney hit and the Butt Fumble. Just retire it already. Don’t even go through the farce of having people vote for it on twitter. Side note: This was a 13.3 point play.

PWood’s RBs scored 7.9 points this week. I think this is why he tried to trade for one last week. However, his receivers scored 98 points on me this week. So I’m not really sure if he even needs good running backs.

Josh’s team is pretty much the most boring team in the league. I consistently have the hardest time saying something about his team. He’s never been better than second but never worse than fifth. He had a 4 game losing streak but hardly moved in the power rankings. Either be shitty or be great Josh. I can’t work like this!

Raleigh seems to be letting his foot off the gas pedal a bit. The playoffs are coming around Big Fella, and all of a sudden you’re in second place.

Ah well, Timmy. It was fun while it lasted. But when you lose to Austin, you don’t deserve the top spot anymore. It’s just how these things work.

Even though he’s third in the standings, Raleigh and Timmy both lost to vastly inferior teams, so I’m going to give the top spot to our distinguished commissioner. Woody is peaking at the right time. He’s won 5 in row, thanks to help from A.A.Ron Rodgers, Dez the Monster and now Josh Gordon, who looks like Randy Moss 2.0. He still drafted Trent Richardson in the 4th round as his number 1 running back. I will never let him forget that.

Set your lineups. Three games tomorrow! Da Bears play the Lions, then Eggles-Cowboys and lastly Niners-Seahawks. Happy Thanksgiving fellas! I’m thankful for none of you fuckers.