Annnnnnnnnd I’me drunk. OH this is a terrible idea. Ollie’s crawling all over me. And Boom booom’s texting me right one queue. I really want to reply to “Hey babe, how was your day?” with: “Great! I’m totally not drunk all by myself wrighting a blog post by myself.” but I think she’ll get suspicious.. Typical woman, always suspisioucs. Ughh, they’re the worst. But man she’s pretty.

This is actually hard. I was actually much angryier when I was sober. Hang on… okay.

All i needed was four motherfucking points and I would be in the playoffs. BUt I’m not. And instead, stupid ass Nick is in the palyoffs instead. Seriously, this is fucking awful.So awful! I really thought I was gonna back my way into the p[layoffs and everything that could’ve gone worong for me, did. It makes me want to sell my team to Cam for 49 cetns. Just as a punichment fto all you fuckers all of next season. I don’t need this shit. I paid money to lose. That shit sucks. Then I had to write about it. I could just as easily turn this into a blog about… I don’t know, dogs. There’s the Potter League for animals in Newport, why can’t there be the Toppa League? The internet loves dogs. Maybe not as much as cats, but still. hjtghdfh

FUck this league. No, fuck all of you and fuck this league. If this league were not named after the Original East Lot worker James Toppa, I’d be out forever. But you gotta represent for a man who knew how to live life. I mean it only took me like 2 or 3 years of having a real job to realize that the beach is wear its at. Maybe that’s why all you still have job s there. Anyway, I’m super happy to pay $20 for all the waiver moves I made this year to have it turn into nothing. Money Well Spent!! I really hope that money goes to something I’ll never see, like, woody’s basenet or some shite. Oh shit, winner of Toppa League should get to name Woody’s kid. It’s fair because he’s still in it. It’s also fair because really, are any of us telling Eerin what to do?

Okay Let’s jump into it

Dog Shits of the Wekks 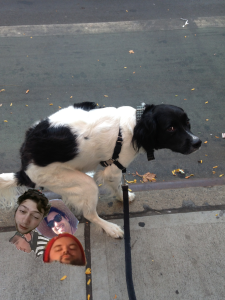 #Nick, Austin, Josh, Brendo. Fuck these cunts. You all had some part in me not making the playoffs. YOU KNOW WHAT YOU DID! Ugh. Like, seriously, there was one scenario that resulted in me missing the playoffs and all these fuckeres tried their best to make sure that that scenraio occured. #Nick: You are the worst. Somehow you scored enough points to push me into fucking 9th place. 9th place is the worst. No for real. Micho sent me a text beign like: “Hey man, I’m wickerd depressed I’m now in last place and lost to Josh” but really, I’d take that over being fuckng 9th place. It’s like that old No Fear shirti said, 2nd place is the first loser.

I dont’ even know how you fucking beat me, but you did. ANd I had you for it. No I reallly fucking hate you. Like the next time we see each other at O’Brien’s Pub I might jsut punch you in the face.

Austin. Maybe its been coming to mne all year long. I can’t help it. Your face deserves to get made fun of. But motherfucker. Somehow you made it in the playoffs and I didn’t. No, no. You deserve it, because I only scored 139 more points than you did you fucking asshole (I was gonna call you a cunt, but I decided not to, you fucking cunt).

Josh. Jesus Christ Josh!!! All you had to do was win. If you won, I’d be in, P@ood would be in, Nick and/or Ausitn would be in. But NO! You had to go abd lost and letK #Nick in, and let Austin in and exclude me. What the fuck do you haave against nme. Now I hate you.

Editor’s Note: This was the point at which I passed out. Holy shit did I get fucked up last night. I’m pretty sure I threw up. Yup, I definitely threw up. Blogging while hungover is okay too right? I mean my brain is still as fucked up, I’m just having a lot less fun while doing it. I don’t even know if last night was fun. I think I have a drinking problem. No seriously. THis is like a sign or soemthing right? You should all be worried. If I were you, I’d be worried about me. I’m going to continue to not worry about myself. But, me as you, I’d worry about me. I need to do an ice bucket challenge right now. That would help. Ice Bucket Challenge for Hangovers guys! Challenge three of your besties! I blame all of you. YOu voted on this and said I had to do it. HAD TO! You all owe me a breakfast sandwich, gatorade and large coffee. This feels fair.

Brendo. Sorry bud. I love ya, but you get Dogshit of the Week too, because you beat me. This is more me getting my frustrations out that Andre Ellington got hurt in the second quarter when I had 22 points from Joquie Bell sitting on my bench, but still you had to know this was coming. Think of yourself as the weird looking dude from this clip:

Just for old times sake. It just feels right. You spent so much time here, it’s only right to put you here at the end.

The wheels really fell off there huh, doctah?

Not last place! Did you at least have fun? That’s really all that matters. I did not have fun.

AS much as it kills me to do it, I have to put myself in the bottom 4. Ugh, when I was durnk I was angry, now I’m just depressed.

Last, week I grouped #nick and Austin together because I thought only one of them would get itn. I was wrong. So fucking wrong. “Hahaha yay, I’m Nick. Every single thing that had to go right for me did. Yaayyy!” #FuckYou. Ugh, just looking at these two teams in the playoffs makes me want to drop C-bombs. And I feel like I’m alowed to. If I’m going to stop using derogatory words for black people, gay people, and mentally/physically challenged people (which you should!) then I have a 3 word deficit in my curse word bank. Step right up C-Unit, welcome to the show.

(Apparently, when I’m drunk and sitting at a keyboard, I have no problem letting them fly.)

Battle for Mother’s Affection Part II! Two DeSantiseseses enter the playoffs. Only one will leave.

Oh man. Just in case PWood didn’t get enough of a beating this week he gets Raleigh again for round 1 of the playoffs. Come hangout with us in the losers’ circle buddy.

Man did I call this one. 4th place with the second lowest point total. Ugh, I hope you lose to your stupid brother.

Riding a six game winning streak into the playoffs. Oh and thanks to the commish for getting rid of the consolation bracket. My fantasy season is over thank you. There’s no need to pretend.

10 wins! Damn man. I’m the Bill Belichick of fantasy. Too bad I’m not the Tom Brady of fantasy. I’m more like the Geno Smith of fantasy.

230 points this week?!?! Hey-zeus!! PWood had 150 points and Raleigh still had the Biggest Blowout of the Week (sponsered by your fucking mom). Watch out fellas.

Jesus, my head is still killing me. Great idea fellas. Thanks! Be sure to set your lineups. Or don’t. I don’t give a shit. Who fucking cares who’s playing tonight. I do know New Orleans is on a bye this week so don’t start any of their players. And CJ Anderson broke his leg last week, so make sure to drop him.

Also, I’m taking suggestions for Dog Shit of the Year as well as any other awards you can think of.