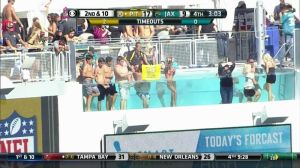 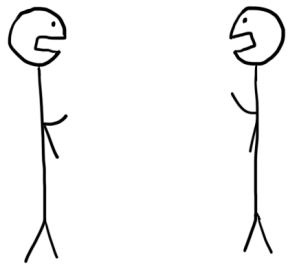 They then write a 4500-word article about how Bill Belichick told Manning’s doctor to botch the surgery. An unnamed source claimed “I heard Belacheck say Paytoons Manny was the only guy stopping him from winning all them there Super Bowls.”

Payton Manning: Ummm are we watching this guy fall off a cliff? If we are, are there front row seats still available? I know you shouldn’t freak out about just one game (see New England 14 Kansas City 41), but in 3 of his last 5 games he’s gone without a touchdown, after 51 straight games with a TD. Yards, Passer Rating and TD% are all significantly down from the previous 2 years.

Runners-up: Eli Manning: “Guys, definitely don’t score, okay? I know we want to win this game and the way you win is by outscoring the other team, but we shouldn’t score. ” Tom Coughlin is 145 years old and should not be coaching football games anymore.

Roger Goodell: This is not a suspendible offense:

For the Integrity of the Game.

First to worst. How the mighty have fallen. PWood managed only 112 measly points. That’s pretty awful. Go get a wide receiver! Yours are awful. Oh, right. You had Jordy.

Brothers don’t shake hands, brothers hug! And hang out at the bottom of the league together. And put up terrible scores in Week 1 together. You guys should get bunkbeds, there’d be so much more room for you guys to be bad at Fantasy Football.

Did you wear your shirt on game day? Perhaps you should have. #Nick’s gotta sure up that defense and special teams. He only got 15 points total from his kicker, DEF and 2 IDPs combined.

Guess who’s feeling the pain of the imminent Peyton Manning collapse? Guess who’s pretty damn happy to reap the benefits of that Denver collapse? Me. I’m the second one.

I don’t care if you won. That was a sorry excuse for a match-up between you and Woody. You both deserved to lose.

Talk about how the mighty have fallen. Last year’s most consistent high scorer is this week’s victim of Blowout of the Week sponsored by ASICS unisex kneepads.

Loogit this! Even though JeffWho lost, he put up a strong showing against Austin. His team shows promise. They’ve got a big week ahead of them as they matchup against Micho. I can’t believe the veiled romantic shit-talking hasn’t already started. Get a towel kids, this week’s group text is gonna get steamy!

Looks like that Mariotta pick was not that terrible after all. The Winston one was though. Like, awful. Anyways, Timmy was able to get some help from the Pats defense, who decided to let Antonio Brown do whatever the hell he wanted all game, and thumped PWood in week 1. Timmy was hovering around the Top 5 all last year, but didn’t quite make it into the top spot. Will this be the year?

For a hot second on Monday, I thought I had a chance at High Score of the Week. As soon as you start thinking like that though, you’re guaranteed to not get it. It’s like raaeeeeeaaayyyynn on your wedding day!!!

I’m impressed. Austin was able to squeak out a win thanks to picking up and then play Stefarion Jenkins and DeAngelo Williams. So in other words, dumb-ass luck.

From worst to first. Brendo’s coming hard this year, starting the season off with High Score of the Week presented by Pillsbury Cookie Dough and Blowout of the Week. He’s here to show everyone that he didn’t enjoy last year and this year, he’s not fucking around. Enjoy that payout man.

Denver plays KC at Arrowhead tonight. Take KC (-3). Play your Broncos (you have no choice) and your Chiefs (well, Jamal Charles). Be sure to make your Survivor pick, that Tampa Bay D looks ferocious.