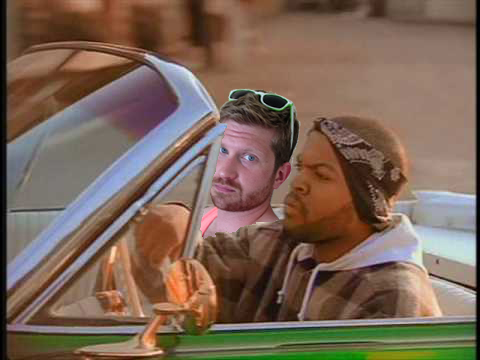 LA Rhys is the worst.

LA Rhys doesn’t know what time football games start. He sleeps in and almost misses the early games. He doesn’t watch much of the early games because he’s stuck in traffic. He leaves the bar early when the Pats are winning by 20. He doesn’t watch Sunday Night Football because he’s too busy hanging out with models, actors and reality TV producers. He forgets about Monday Night Football because it comes on at 5pm.

LA Rhys is a front runner. He only roots for the Dodgers when they’re in the playoffs. He acts like a fan but couldn’t name 4 guys on the team.

LA Rhys is a poor role model. He brings babies to bars to watch football.

And then brings babies to breweries. 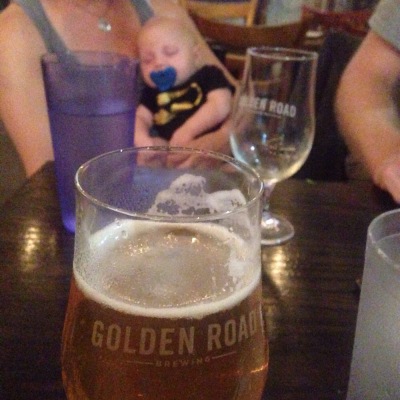 LA Rhys doesn’t try hard in fantasy. He doesn’t care if he’s in second place and undefeated.  He just sets and forgets his lineup in the middle of the week. LA Rhys can’t even score 100 points.

Most of all, LA Rhys sweats his goddamn balls off.

Runners Up: Bye Weeks. You know, you draft these great guys and your like, okay I’m set at that position even if the guy he’s paired up with isn’t very good. So you build up your team at the other positions. Then that guy goes on bye and suddenly, your team is full of holes.

The Santa Ana winds. I left NYC when it was low 70s during the day and high 50s at night. Perfect weather. But you know what LA is known for? Beautiful weather, year round. So I wasn’t too worried. Instead, it was hot as the Devil’s taint in LA. High 90s every goddamn day, and just cool enough at night that you stopped saying “Jesus Fucking Christ it’s hot!” every 2 minutes, and only said it every 10 or 12 minutes.

7. It Ertz When Eifert

That’s it. New Orleans crushed Atlanta last night, which honestly shouldn’t have surprised anybody. Good looks to JeffWho for miraculously playing Benjamin Watson and getting 25 points out of him. I played Jacob Tamme and got 3.2 points. All the more reason to play TE at the flex.