And then there was one.

Without further ado I give you the Flavorful Four, the matchups to decide who advances to the Championship Matchup 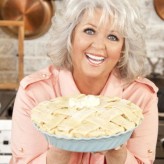 It was a long and successful road for Green Bean Casserole but they were ultimately exposed for what they truly were, a shitty vegetable covered in fake condensed soup. Apple Pie trounced Green Bean Casserole by more than 10 votes in a matchup that was never that close. The real question is who voted for Green Bean casserole over Apple Pie? Who could possibly enjoy gross green beans over delicious sugary sweet Apple Pie? I bet it was Buckets. That kid definitely doesn’t have any sugar in his diet. He probably records a diss track about each green bean before he devours it. “Yo green beans, you so weird lookin’ and gross/ you’re definitely the vegetable that I hate the most.” Chomp! 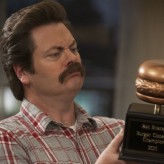 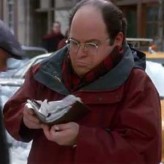 This one was intense. I could feel the indecision coming through the computer screen. I could hear you saying “You can’t have Thanksgiving without Turkey!” Then I heard you say “But eating stuffing is like having unicorns mating on your tongue.” And I understand. It’s a tough decision. But sometimes We have to make tough decisions on Thanksgiving. Sometimes young enough to choose between sitting at the kids table or sitting next to your overly political uncle. Sometimes you have to decide between crushing beers all Thanksgiving day and keeping it classy by getting shitfaced on wine. Sometimes you on,y have enough room onboard plate for one more thing and what’s that going to be? And sometimes, in a hypothetical food tournament, you have to choose between White Meat Turkey and Stuffing.

That day was today and in our closest matchup yet, one more person chose Stuffing over White Meat Turkey.

There are years when the Super Bowl is the best game of the year and Malcolm Butler makes an improbable interception at the goal line to win the game (Let’s just take a second and reminisce over that game. That shit was awesome.). Then there are years when the playoffs are way better than the Super Bowl and Seattle blows out the Broncos 43-8. Stuffing vs Apple Pie was one of those blowouts. And in the end, the right foodstuff came out on top. There are tournaments when the best food on the table wins the whole thing because they’re the real deal: best flavor, best consistency, best eatibility. Stuffing my friends, is the real deal.

I’m happy to declare the best foodstuff on Thanksgiving day is: Stuffing! 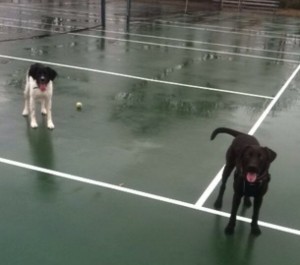 No Dog Shit of the Week this week because I don’t have the time to go through all the worst players, I don’t have Photoshop at my parents’ house so I can’t put anyone’s head under Ollie’s butt, but also Thanksgiving is a holiday about friends, family, and food. No need to be angry, sarcastic or bitter. That’s what Christmas is for! So here’s a picture of Ollie enjoying Thanksgiving with one of his buddies, Wallace.

There’s more important things to do on Thanksgiving than give a break down of everyone team. There’s beer to drink and food to eat and that turkey’s not gonna stuff itself. So, it’s just a list ranking this week:

Happy Thanksgiving everyone. This year, like every year I’m thankful for the Toppa League and that my team stopped losing. Be sure to set your lineups the Lions (+3) play the Eagles at 12:30, the Panthers (+1) play the Cowboys, then the Bears (+7.5) play the Packers in the late game. Have a great and safe Thanksgiving. And be sure to enjoy that stuffing today.