What do you guys think of the new iPhone and it not having a headphone jack? Who gives a shit!?! Football is on tonight!!!!

Football!! Football!! FOOTBALL!! Football is back! TO-FUCKING-NIGHT! I’m so excited I could fucking explode. This guy knows what I’m talking about:

The giggle at the end is the best part. There are few things in this world that bring crazy, bearded hillbillies such pure, genuine and absolute joy as football. Give it to me!! Gimme all of it!! Gimme the one handed catches, the big hits, the kick returns for touchdowns, going for it on 4th down, cutting through the hole and breaking off a huge run off. Gimme Troy Aikman’s Your absolutely rights, Phil Sims’s We talked abouts, Al Michael’s subtle references about games’ betting lines, the many, many It’s Peytoonnn. It’s Peyton on Sunday morniiinnnggggs (sing it, Lionel!), Joe Buck’s joyless calls of the most exciting plays on the planet. Shit, gimme Dan Fouts. Gimme Andy Reid’s poor clock management, Mike McCarthy’s poor clock management, Jeff Fisher’s inevitable 7-9 season, John Harbaugh whining to change rules he doesn’t like, this time at a fucking funeral of one of his players, Bill Belichick’s press conferences, Chip Kelly’s weird play calling, another Marvin Lewis first round playoff loss, definitely gimme Chuck Pagano’s odds to be first coach fired at 16/1. Gimme all the wings, all the beers, all the pulled pork, all the nachos. Gimme Thursday Color Rush™, Monday night doubleheaders, Sunday Night Football, 9:30am London games with coffee in one hand and beer in the other. Gimme that sweet, sweet Red Zone. FOOTBALL IS BACK!! 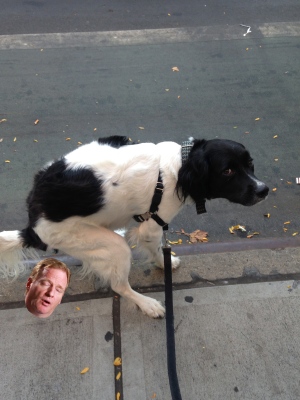 Roger Goodell. How fucking dare he? On this wonderful day of days, he’s taken a some of the joy out of the celebration. Tommy has to sit for the first four weeks. Now, part of me is happy Deflategate is finally over. And I’m fine letting our 39-year-old QB rest for four more weeks and come back Week 5 fresh as a goddamn daisy. And I know when he’s back he’s just gonna rip shit up, and it’ll be awesome. Side Bar: Imagine the Hot Takeapolypse that will occur if Brady has an unprecedented 12 week stretch (say, 30 TDs and 2 INT, 11-1 record) and is in the conversation for MVP. Please let that happen! Anyway, it’s just not gonna be quite the same without Tommy on the TV this weekend.

Also, remember when the NFL canceled that preseason game between the Colts and the Packers because the groundskeepers thought the field was made of meth and tried to cook it? (It was Ohio after all) Well, it turns out that the NFL knew about this debacle well before the fans did. Hours, in fact! Now the fans are bringing up a class action suit, because the league told the players and ESPN that the game was canceled, meanwhile the fans filed to their seats because the goddamn scoreboard was still counting down to kickoff. God forbid the NFL doesn’t squeeze two more hours out of concessions. God I hope they sue the league for like a billion dollars. And make Goodell sign a personal check to every single person in the class action.

You know what, canceling a football game hours before kickoff sounds like it would require some serious correspondence. Kinda feels like Goodell should handover his phone!! GIVE ME THE GINGER DICK PICKS!!!

So, fuck Goodell. I hope Tommy keeps the NFL shield off his helmet for good. I hope Gillette keeps that banner up of Brady, even after he comes back. Just leave it up forever. Rename the stadium, TFB Stadium. I hope the Patriots win the Super Bowl and Goodell has to hand Brady the trophy, and Brady will just take it with a huge smile on his face like the handsome, class act that he is.

Holy shit! We got a DeSantis Bowl to kick off the season! Let’s find out who gets to keep their childhood bedroom and who gets theirs turned into the rec room Dad always wanted.

Tyler Lockett’s Average Draft Position is 86.5, which is somewhere in the 7th round. Timmy picked him in the 3rd round, at 34 overall. I’m pretty sure Timmy goes into the draft with just a bunch of names scribbled on a piece of paper. He probably writes it with one of those fat, red pencils with no erasers that they give you in first grade. There’s no analysis. Just who he thinks is gonna have a good season. If they’re available when it’s his pick, he pulls the trigger. Why else would he take Tyler Lockett 4 rounds before he needed to? Or DeVante Parker 23 picks higher than his ADP? Or Torey Smith 35 picks too early? I propose we move to auction next year just for the opportunity to watch Timmy pay $105 for Christine Micheal.

My logo. My vision. My goals. My… penis. I mean, it looks like a dick and balls, right?

Look at this fucking clown:

And coming down the runway right now you can see JJ Watt is wearing “Trying too hard.” Dude, why are you putting up the shocker? I did that shit in high school. And that was… oh god, I am old.

It’s not an awful pick. Except for the fact that he had back surgery three months ago. You know, but you don’t need your back to play football. The part that really sucks is, now you have to root for this dingus every Sunday. Enjoy.

Dude tore his Achilles Tendon last year. Trust me. Once you tear an Achilles, you lose a step and put on 20 lbs. It’s true. It has everything to do with the injury and nothing to do with drinking beer and ordering General Tso’s three times a week from Seamless. Even two and a half years later, that injury keeps is the reason you keep the weight on.

I’m also disappointed Woody didn’t take Trent Richardson. Not even for laughs. Woulda been great! Is he even still in the league?

It’s not that he’s that it’s that bad of a pick per se, (that said, his 3.6 YPC and 49.6 rushing yards per game totally torpedoed my sidepiece team last year, so fuck that guy) but I think you’re going to regret taking him in that spot. You’re now stuck with a WR corps that’s somewhere between pretty average and might-not-be-good.

You knew if there was a halfway decent Dolphin on the board, Buckets was gonna grab him. I can’t fault any pick Buckets makes. He is the master of crafting a perfect team that scores a ton of points, and then falls apart in the playoffs.

A kicker in Round 11? Had we even gotten pizza at that point??!

My kicker got suspended for beating his wife! What the fuck is wrong with these people?!?

This is one of those moments where it’s a shame you can’t see my face while I write. It took me 2 minutes just to write that last sentence, because that’s how long it took me to stop laughing. AND THEN I realized Micho picked up two Defenses as well. Jesus! Here I was, going through pick by pick and thinking, “Man, this is a really solid team. And he did it all without his computer program.” But never mind. Rounds 14-19 Micho picked 2 Linebackers (he already had one), 2 Defenses, 2 Kickers, and a backup QB.

7th Round pick on the PUP list for at least 6 weeks. Pair him with Josh Gordon and that’s two bench spots you can’t use for at least 4 weeks.

Cobb was so disappointing last year when he was their number one option, thanks to Jordy getting hurt. Plus, that left JD having to take Carlos Hyde the following round as his number one RB. Hyde could be good, but San Francisco will not. So, he will not.

I’d feel bad, but this is what you get for drafting a quarterback who is made of paper mache. And don’t worry, now you can replace him with a much more reliable and sturdy quarterback: RGIII.

I mean, I guess? He’s hurt and stuff, so that’s kind of a waste of a 2nd round pick, but Pat’s squad is still pretty stacked even without him. I’m predicted to lose even with Charles on the bench. Dammit! I guess I’m just gonna have to give one hell of a team speech to psych up my boys this week.