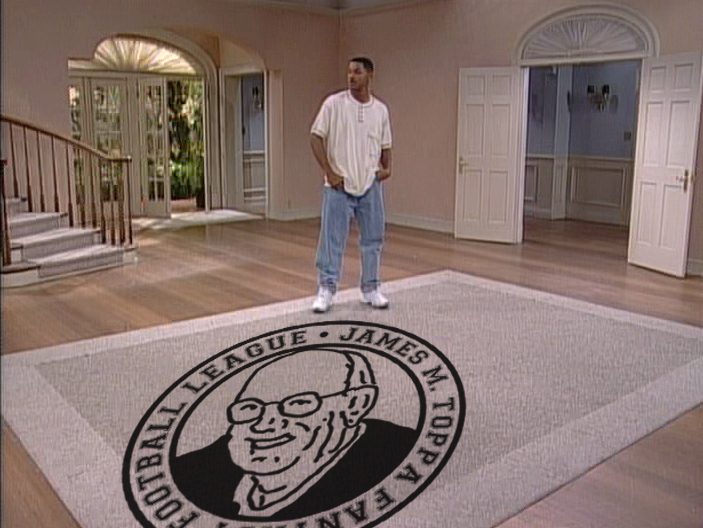 It’s with a heavy heart that I write this blog. I’ve found myself in my late-Brett Favre point of my career. Both sending inappropriate dick pics with my flip phone, and flirting with retirement, only to come back for one more year, thinking I can still be the Ol’ Gunslinger. Except, I can’t even make it through the end of the season. For me, it was a baby. For Brett, it was the Jets. But, it’s basically the same thing. Both are known to disrupt your entire life and constantly shit their pants.

There comes a point in every person’s life, where they have to give something up. It’s kind like the time I ripped my Achilles Tendon into a thousand pieces. It happened, 4 days after my 31st birthday, and it was like God telling me I’m too old to play any kind of sports whatsoever. Or the time 5 years later, I tried playing indoor soccer, and tore my hamstring. And God was like, “were you not listening the first time?” I apparently was not.

If you have not yet picked up what I’m putting down, from these complicated and bad metaphors, I don’t blame you. So I’ll just come out and say it: I’m retiring from Toppa Blog. I’m hanging up my blogging fingers. Between work and Baby Ranks, I don’t have enough time to do the blog. While I have a lot of fun doing it, It’s become too much of a chore. I was spending all week writing when I could, trying not to get fired from my job, then staying up Tuesday and Wednesday nights until midnight to finish the damn thing, only to start all over the next day. It became homework. And now I have a little fucker to take care of. I have, like, 14 minutes free each day and maybe I’d rather just sit and stare out the window instead of worrying about whether Timmy should be ranked below Austin. I mean, they both suck. So then, I’d have to figure out who sucks more. And so I’d compare the two. Austin sucks for this reason, but Timmy sucks for that reason, and they both suck for this other reason. Next thing I know, I’ve spent like an hour thinking about this.

I wish there were some other way. I thought about pulling a Rick Riley and just reposting an old post each week. But I knew JD (#1 reader) would call me out on it. If there were more money in the Toppa Kitty, maybe I could do this full time. Daily PowerRanks. Oh, and health insurance. I’d need that too. I’m not against handing over the keys. To extend my terrible Brett Favre metaphor even further, maybe there’s an A.A.Ron waiting in the wings to take over Toppa Blog. But it’s a lot of responsibility. It’d need to be the right person for the job.

Maybe I’m not retiring fully. There may be a random post here or there, down the road. I mean, imagine the terrible sexy Halloween costumes THIS year! Sexy Coronavirus! Sexy PPE (which is a bikini and a face shield)! Sexy Tiger King! Note: Don’t go out on Halloween. Here’s hoping that happens, but I can’t commit to anything right now.

It’s not good bye. It’s see you later when I can find spare time in my life again.

It’s the motherfucking beginning of the mother fucking football season. And it’s my duty to give you one last Hype Post™ for Kickoff. I’m a bit sad because of everything I wrote above, but I’m gonna do my best to power through it. I’m basically this girl:

So without further ado…

Football kicks off tonight!! Not this weekend. Not tomorrow. TO. NIGHT. When the sun goes down on this very day. We’re just HOURS away!

Teams have had like 8 days of practice. The defense is gonna be terrible! I hope this game is 85 to 79! Timmy, take the over. Every game. Of every week. This season is going to be so weird because of The Rona, there’s no telling what’s going to happen. But don’t worry. While some things are gonna be weird and different, some things are going to be the same. Like:

Okay, we still have RedZone. Did you hear that? I just wrote “RedZone” and heard “Dun-DunDunDun-DUN” in my head. Chris Handsome is still here. He’s got the most socially distant job on TV. He lives in a closet. Feed him some football and he’s good to go. Give me the touchdown montage. Give me, “7 straight hours of commercial free football… starts now!” Give me an octobox. I need it all. (RedZone is now available to my YouTubeTV friends. Vegas, tell whoever you steal YouTubeTV from to add RedZone to their account.)

I’m excited for all of it. The VEGAS RRRRRRRrrrrrraiders. Phil Rivers throwing backbreaking 4th quarter INTs in INDY. The Browns and Jets still being real shitty. Whatever the fuck the Pats do this year. A zillion NFC East games on Sunday and Monday nights. Joe Tessitore going APESHIT over a 6 and a half yard run. Everyone thinking Tampa and Arizona will be good, and they’re still not. Seattle once again being like “Are they good? They might be good.” ColorRush! It’s been so long since I’ve had ColorRush. I’m even excited for fucking TOMpa Bay.

So let’s go. The fucking Chefs kickoff against the fucking Texases TOOO-Fucking-NIGHT!! Mahomes vs. Watson! Set your lineups. Make your picks. Have a fun this year.

Ehhhhhh, before I sign off, maybe for good. I’ve got a quick PowerRanks rattling around in my head that I need to blog, or else I might never get it out. One last #PowerRanks for the road.

So I had this idea before COVID hit, that since it was Toppa Draft X, that I was gonna wear a tux to Toppa Draft. But obviously that didn’t happen. But I started looking back at the yearly photos and it got me thinking, what if we had a theme each year? So I present to you a #PowerRanking of the top themes for Toppa Draft.

8. Everyone has a Belt Draft

We grab a case of wine and maybe a few additional bags for slappin’. Every time there’s a bad pick we yell “SHEEEESH!”

We’re all getting a little older guys. Why not embrace the official Old Man Party Shirt?

This may have come and gone in the popular culture. Doesn’t mean it wouldn’t be ridiculously hilarious.

Everyone is set to auto draft. We get absolutely smashed and watch the computer make our picks for us. Then, we have a 1-2 hour period afterwards where everyone makes drunk trades.

These don’t need to be $500 throwbacks. In fact, it’d be more fun if it weren’t. Like, I want someone to show up in a Wally Szczerbiak jersey where the lettering is coming off.

No shirts underneath, of course.

I think we all need to see Woody’s wispy, rat-mustache.