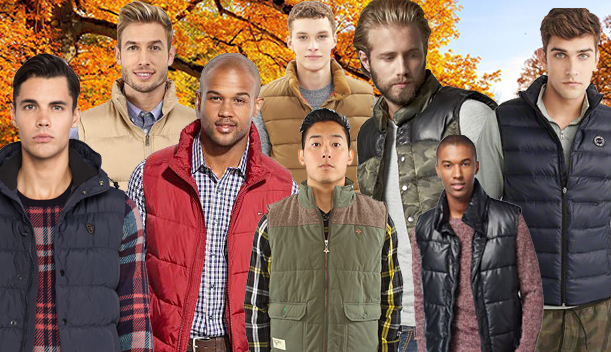 It’s finally (FINALLY!) starting to feel like fall. You can really feel that crispness in the air, and that means it’s vest weather. I love vest weather. It’s the best. I present to you now, an ode to my vest:

Oh vest, my vest
How you are the best

You keep me warm when it is cool,
but not, like, freezing
And the way you embrace me
is really, quite pleasing

You’re not one of those dorky, fleece vests
worn by a guy who sells real estate
You know the type. He wears khakis and a polo,
and his name is probably Brad or Nate

The time we share is special,
it’s only October and November
But when I walk down the street,
it’s you and me the ladies remember

You get me excited for fall,
like dark beer, football and flannel
You are the clothing version
of the NFL RedZone channel

The injury bug. You know what’s fun? Watching Odell Beckham, Aaron Rodgers, Julian Edelman, David Johnson and JJ Watt play football. If you were to draft the ten guys to put on a cereal box, these 5 guys would on that list. This sucks. This season makes no sense. 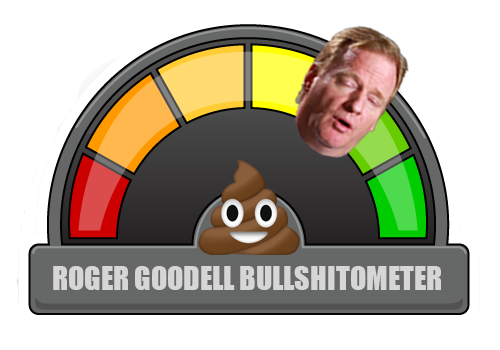 This week’s level: Sweetheart, I’m just going to hide behind you while they’re throwing all this bullshit at me.

Now, The Lox taught me that I should want a Ride or Die Bitch, so I can appreciate a man’s wife going to bat for him. But, I get the sense that Roger comes home from a hard day’s work of denying concussions, complicating the rules, kowtowing to the owners, and spilling coffee on his shirt (I just picture him being bad at everything he does) and sits down at the dinner table, and his wife goes, “Honey, how was your day?” and he responds, “Well people were really mean to me on Twitter today. I just don’t get it. I try so hard to squeeze every single penny out of this sport without once thinking of the players and fans, I don’t understand why people are so grumpy.” And his wife fires up the Twitter machine, creates a few burner accounts and defends her man. I mean, she does work for Fox News, so she has a lot of practice defending a bumbling, in over his head, lying, liar who lies. It must’ve been her gut reaction.

I can’t do 12 quick hits this week. I just have one. I got to go to the Pats-Jets game this weekend at the Meadowlands. And the whole experience was so Jetsy. First, getting there seemed so easy. We could ride the train door to door, so we didn’t need to worry about traffic or parking, or anything like that. In fact, I grabbed myself a Dunkin cup and threw some beer in there for the ride. (Sidebar: It was fun that every time I took a sip, my dumb brain expected coffee. And then I’d get this nice surprise that it was actually beer. Like my brain was like “here comes more mediocre coffee” and then my mouth goes “mmmm, that’s cold and delicious. Hang on, that’s drunk juice!” And I never figured it out.) But it turns out there’s no easy way to get there. The train ride there was an hour and forty-five minutes, when it was supposed to be an hour. And the train ride home took 3! Well, an hour of that was waiting in “line” for the train. But since it was about five thousand people waiting in line, coming from different directions, with no clear ways to corral the crowds into real lines, it felt more like this, than waiting for the train home. 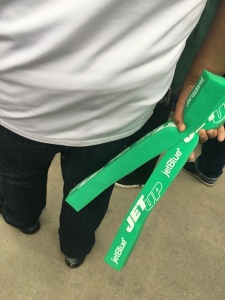 JeffWho put up the second lowest score of the year, scoring 78.40*. JeffWho didn’t have a single player, besides his QB, score in double digits. His second highest scoring player was LB Wesley Woodyard (great name!) with 9.00. Maybe if you stopped worrying about your stupid, dumb Yankees who are stupid and dumb, you might actually win a few games. Also, what happened to your avatar? Come on JeffWho!!

*I woke up this morning and this had been stat corrected. Don’t worry, his score still sucks.

In the ongoing saga of PWood’s fantasy season, this week he lost by 2.30, which was the second-smallest margin of the year. The first-smallest (most-smallest? Very-smallest? Smallest-smallest?) margin of the year was 1.45, when I barely beat… PWood. So, in case you’re keeping score at home, and/or want to be mean to PWood and bring this stuff up regularly, he has been a part of the two closest matchups of the season, and lost them both. He has also been blown out by the most points, when he lost by 92 points, to his brother of all people. He’s had the most points scored against him than any other team in the league. And last week, he had the second highest point total of the week, but lost because Brendo had the highest. But you have a beautiful baby girl. So, that’s a thing that’s good. Right?

Five losses in a row.

JD’s team only managed 108 points this week. Melvin Gordon (27 points) played well for him, and that’s basically it. Every other one of his players underperformed their projected scores. His three wide receivers combined for 8.80 total points.

How the great ones fall. BigBrendoBrand has gone belly up, as Brendo’s team couldn’t manage to score a hundred points. 75% of his team scored in single digits, including Jameis Winston, who ended up getting hurt.

Tough break for JBiggs. Going into Monday night he had a 15-point lead and Woody had only one player left to play. He ended up losing by 14 (more on this in a second). This was after putting up the third highest total of the week and having seven players score 9 or more points. This loss, combined with JD’s loss, also breaks up the weekly DeSwitchtis, which I guess I’m fine with, because I couldn’t really figure out a clever enough name for it.

Buckets has now one two in a row. That’s the power of the name change, baby! Buckets pulled out a 2-point victory over JD, thanks to 22 points from Matt Stafford and 20 from Jay Ajayi.

It looks like Timmy lit that fuse and stuck it right into his huge dick, because his team was up and ready to go. After not even being able to score 100 points last week, Timmy’s team put up the 5th highest score of the week and brought his team back to .500. And he did it all without A.A.Ron!

What he’s going to do for the rest of the season, that’s the question. Good god! That’s Phil Rivers’ music!

If Woody’s Week 3 blowout of his brother was POWER, I don’t know what this week was. Down by 12 points, things didn’t look good for Woody. In fact, he was given a 0% chance to win:

He only had Derrick Henry left playing. The Titans were up by 6 and running out the clock. In the final minute of the game, Derrick Henry rushes for a 73-yard touchdown. The play puts him over 100 yards for the night. The result of that one play is 23.30 points. Not only did this play crush JBiggs’s dreams, it crushed mine as well, since Woody ended up getting half a point more than me, for the highest score payout.

And just like that I’m back, baby! I had 5 players (Deshaun Watson, Larry Fitzgerald, Todd Gurley, Carlos Hyde and the LA defense) score 19 points or more. You could take those players and leave out the Rams, and I still woulda beat JeffWho. But we’re gonna go ahead and count all the players on my team, which results in an 89-point blowout.

Also back? Vegas. After losing two in a row, he’s now won 2 in a row. This week, he’s on track to be the first team to break 1000 points this season. Antonio Brown scored 30.50 points and Gronk added another 20.30, as Vegas squeaked out a 2 point victory over PWood.

You don’t have to like the method, but it get results. In a season when the Rams, Vikings, Eagles, Panthers and Chiefs are the best teams in the league, it would make sense that the team in first place in our league would have the 5th lowest point total. #Nick pulled out a win over Brendo this week by scoring a whopping 111 points.

Be sure to set your lineups. The Rrrrrrrrrrrrrrrraiders are at home against the Chefs (-3). For Color Rush™, Oakland will be wearing all white and not all black, because we can’t have nice things, and Kansas City will be in all red again. There’s football in London this week! But sadly the game kicks off at 1pm our time, so no football with your pancakes. The game (Rams-Cardinals) is being played at Twickenham (which is the national rugby stadium) this time, instead of Wembley, because Tottenham play Liverpool at Wembley at 11am on Sunday. That has the potential to be a good game with lots of goals. Both teams score a lot and Liverpool’s defense is porous.