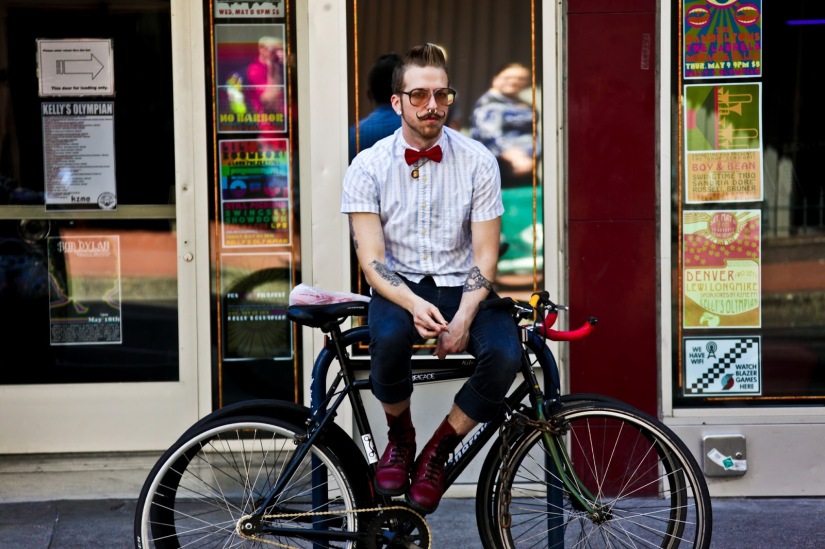 Ugh, I knew things were going too well there. Everything was coming up Rhys Nice. Everywhere I looked, I was winning. I was 3-0 in Toppa League and top of the PowerRanks. I was 2-1 and in second place in my sidepiece league, a league I’ve come in last or second-to-last the past two years. Liverpool was 5-1-1 and fourth in the table, tied for 1st in goals, and had won their last three by a combined score of 11-3. Hillary smoked Trump in Monday’s debate. The Red Sox ripped off 11 straight against the rest of the division. I found a sweet apartment in Brooklyn with a patio. And the Patriots were sitting pretty at 3-0, and they were doing it without TFB.

Then it all came crumbling down. The Sox lost to the Yankees in the final few games of the season. The Pats got shutout at home against the Bills. And, worst of all, I lost both match-ups this weekend by a combined 7 points.

I was wondering what changed. And then I realized it. I had moved to Brooklyn. Had I swung all my good mojo by moving into a different apartment with different sports-karma?

I have noticed since moving here things have begun to change. It’s subtle, but I feel… different. My beard has already started growing much longer and thicker. I caught myself wondering if suspenders were an appropriate accessory for keeping my pants up. My vision is getting much worse, to the point where I think I need glasses. I stopped in for a sandwich on my way home the other day and realized that the Fried Tempeh in Sriracha with Gorgonzola on Spelt Sourdough was not, in fact, the Buffalo Chicken Sandwich that I thought I ordered. And why the fuck was I drinking a ginger beer?! And did I pay $8 for it?

I think I’m falling for it too. That ginger beer was quite refreshing. Have you ever had fresh honey? It’s delicious! Our next door neighbor keeps bees and makes his own at home. Our upstairs neighbor makes homemade seltzer. You haven’t lived until you’ve had someone add their own bubbles to your water. And I don’t even mind that it’s impossible to find a bar in Brooklyn with a TV showing sports. I find myself not even caring about sports anymore. I bought myself an old school projector and have started watching 8mm silent horror films. The experience just feels more authentic.

It’s not just me, either. Boom Boom feels it, as well. As soon as she walked into our new apartment, her biological clock went from six to midnight. She’s not even preggers but she’s started pushing around a baby stroller when she goes out. But it’s not just one of those convertible, multi-use, carbon fiber baby strollers. This shit is a pram. Like my grandma used to have. She keeps saying it’s to make sure little baby Timber has a unique formative experience.

I’m just kidding. The good news is now when I talk to people from home and they ask me “You still in Brooklyn?” even though I haven’t lived in Brooklyn for 5 years, I can now say “Yes” and then not have to engage in conversation. I also have my giant TV back and I can’t wait to have Tom Fucking Brady’s beautiful face all over it on Sunday. I’m not worried at all about that Bills game. That shit was classic Belichick. Vanilla offense. Vanilla defense. He gives zero fucks about the Bills. I wouldn’t be surprised if in three weeks, when we go to Buffalo, the Pats win 16 to nothing on purpose.

Woooooo Tommy’s back!!! You know who’s not happy about that?

This Week’s Level: A beach pail full of enough shit to make a sand castle

I bet you’ve noticed a lot more taunting calls this year. In fact, taunting is up 100% since last year. There have been 10 taunting calls in the first 3 weeks of football. Last year, there were 24 taunting penalties total. The NFL was so scared by Odell Beckham and Josh Norman getting in a fight last year, that they (surprise!!) overreacted and tightened the unsportsmanlike conduct penalties. The problem is, this has basically made celebrating in the NFL illegal.

I didn’t see this from two weeks ago because when Scott Hanson says “Let’s check in with the Browns-Ravens game,” I get up to go to the bathroom. But this was called unsportsmanlike conduct:

He legitimately looked like he was tossing the ball to the ref. You can’t even throw the ball NEAR another player or you get a flag for it. Which seems like something that could happen a lot when you are required to give the ball to the ref so he can spot it, and there are players getting up off of the ground everywhere who could, maybe, possibly get in the way. Prior then got another one the next week for celebrating like LeBron James:

That’s right. A flag for doing what LeBron James does before Every. Single. Game. IN THE SAME CITY! And yes, that’s NFL Network’s Twitter being sure capitalize on this exciting play. But by all means, scold the guy for “excessive” celebration.

I’m sure you saw in Week 1, Panthers Lineman Trai Turner got a taunting call for jumping around like a five year old:

After watching this play a bunch, he does kinda jump around in that Broncos guy’s face. But it’s still looks really stupid. The flag should be acting like a moron more than anything. 5-yard penalty. Number 70. Really bad celebration. But then Turner got fined $9,000 for it afterwards. That’s almost ten thousand dollars for bouncing around like you’re on an imaginary pogo stick!

Josh Norman got in trouble for, as the ref put it, “shooting a bow and arrow”:

Little did #Redskins CB Josh Norman know, the anti-bow & arrow lobby has its hooks deep in the #NFL. pic.twitter.com/TTFgK4jAW5

I’m pretty sure, “shooting a bow and arrow” is not in the actual rule book. Of course, he’s not the first person to ever do that celebration. Travis Kelce did it a few years ago and didn’t get a taunting penalty. And Norman was probably just showing pride for the Native American culture. I mean, he does now play for the Redskins, a team known for honoring the Native American culture in a tasteful manner. It probably just carried over from training camp when they sang “What makes the red man red?” every day while they stretch.

It’s almost like the refs get paid per taunting call. Antonio Brown has gotten taunting penalties for twerking and pumping. Seriously, these are things sports writers have to write about. Brown clearly was like, “Damn, I got flagged for twerking?! This like that Key & Peele shit. I may as well do the actual ‘Too Many Pumps’ next time I score.” But hey, we gotta keep that gratuitous sexiness out of the game. Think about the kids watching. Now show a closeup of the girlies dancing on the sidelines in bras. Excellent.

There’s going to come a time when a player gets kicked out of a game for excessive celebration. And it’s going to suck. A lot. Because it’s not going to be kicking some asshole out of the game for being an asshole. They’re going to kick someone fun out of the game like Brown, or Gronk, or OBJ, or Victor Cruz. Oh my god, please kick out Victor Cruz for salsa-ing. Imagine the takes!!! Give me the backlash against the backlash! Give me the racially charged takes railing against doing the salsa during a football game!! This is Murica dammit! You see those offensive lineman dancing the merengue? You should be proud we even let your family IN.

There’s obviously a quick fix for this: Don’t make the “dancing personal fouls” the same as “punching a guy in the face personal fouls.” And then loosen up your jock strap. Football is supposed to be fun. If you can’t have fun while doing irreparable damage to your brain, back and knees, what’s the point? But of course, they’re going to overreact to this and add MORE asinine rules. Can’t wait!

Odell Beckham Jr. For the second week in a row, Wonderland VIP’s have the honor of being pooped on by my pup. Beckham was projected to score 13.34 points. If he ended up scoring that amount, Vegas would’ve won his first match-up of the season. Instead, OBJ caught 3 balls for 23 yards, and scored an electric 2.30 points. This meant Vegas lost again and remains a loser.

We had a big week. Last week’s last place in the #PowerRankings (PWood) was this week’s highest scorer. #Nick jumped up 4 spots. JeffWho is in a tailspin. And for the second week in a row the top spot has been overthrown. But who cares about that shit, Touchdown Tommy is back this week!

That’s right! We’re all #12 this week. And not in that stupid Seattle way. In a Tom Motherfucking Brady way. I can’t fucking wait. Everyone set your lineups and make your picks, but especially Woody. Put Tommy in your goddamn lineup. TFB is back!

Yup, it’s almost like they didn’t have the Thursday Night Football schedule for 6 months. Anyway, Arizona’s wearing all white, but NOT the all white Nike Color Rush uniform, for some weird reason. But don’t worry, you can still purchase the Nike Color Rush white on whites, and all proceeds will go to the NFL Foundation, which I assume raises money for denying concussions, kill shelters, cancer research (but figuring out ways to give you cancer, not curing it), and the Trump campaign.

Good luck everybody and have a good weekend.