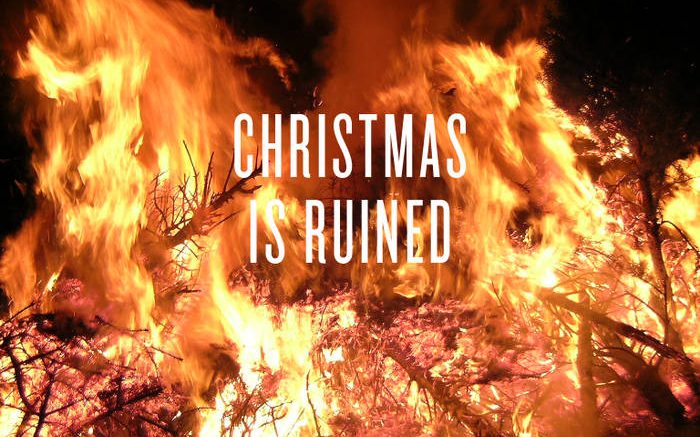 Boom Boom was looking through the L.L. Bean catalog because now that we live in New England, we are in need of warmer clothes. Somehow, even though NYC is 35 degrees today and Newport is 30, the “Feels Like” in NYC is 30 but in Newport it’s -2. Also, both of our work offices are frigid. Apparently they have no problem pumping AC for 24 hours straight making sure the office is a nice, crisp 62 degrees all summer, but making sure the office is warmer in than 65 degrees in the winter is a difficult task. So she was in the market for some warmer clothes. Sweaters and fleeces and such. I was a bit worried since the L.L. Bean catalog is the gateway drug of the New England mom. If the uniform of the basic bitch consists of yoga pants, Uggs, a hoodie and a side ponytail, then the uniform of the New England mom consists of boots, flannel lined jeans, a half-zip fleece and a short haircut. Next thing you know she’s going to sleep in a full length flannel nightgown and we’re sleeping in bunk beds.

But I digress. As she was flipping through the catalog… I don’t know why I keep saying catalog, it was the fucking internet. She was scrolling through the website and she asked me if I need new slippers. And I do. We just covered how stupidly cold it is here, so I was in the market for new foot insulation, footsulation, if you will. She found me a pair that were on sale and very cozy, which is my favorite combination of things in general, not just slippers. She ordered herself a bunch of warm, pullover-type things and me a pair of slippers. I then immediately forgot about it because the TV was on.

Well, guess what? Christmas? RUINED! And not just because BoomBoom had an aneurysm trying to lie. I spoiled the surprise. I didn’t get to wait 6 more weeks with cold fucking feet, so that I could celebrate the birth of Christ by unwrapping $10 slippers.

That’s right. The christmas carols are on a constant loop on that one fucking radio station, which means not only is it The Holiday SZN, but it’s Ruin The Holiday SZN SZN.

Did you have the audacity to ask about that thing that you actually picked out and had a hand in buying? You ruined Christmas. Did you not know that it was going to be purchased and then withheld from you for another month?

Did you accidentally open a package from Amazon because you didn’t know what it was and couldn’t remember ordering something from Amazon, but since you get EVERYTHING from Amazon, it must be something that your household needs? Nice job. You also ruined Christmas.

Did you see something cool on the internet and go ahead and treat yo self because you just got paid? Yup. You ruined Christmas too. That thing you bought for yourself could’ve been a present that someone else bought for you. Now they don’t know what to get you and it’s YOUR fault.

You know what’s never ruined? Thanksgiving. Well, unless you’re one of those idiotic kids whose trying to microwave their turkey. And yes, I know. It’s a prank. But it’s a stupid one. “Look internet, I asked my parents a really dumb question, and it turns out they thought I was a fucking moron. They’re trying to get their money back on all that college tuition as we speak. Crying laughing emoji. Crying laughing emoji. Crying laughing emoji.” I’m also positive that half of the people doing the #turkeychallenge don’t understand that you shouldn’t actually microwave a turkey. It’s like all those #icebucketchallenge people who didn’t understand that they were supposed to be donating to charity before dumping ice water on their heads. #Turkeychallenge? I’ll show you a #turkeychallenge. Watch me eat a whole fucking turkey, with all the fixings and drink a six pack of beer in one sitting. Then watch me post a picture of my belly on Instagram.

So unless you severely undercook the turkey, Thanksgiving can’t be ruined.

Did you forget to bring the side dish you said you’d bring? Who cares, there’s like 15 other side dishes. Even that asshole whose like, “Aww man, no sweet potatoes?! Thanksgiving is ruined!” Fuck that guy, stick a yam in his mouth.

Does that one weird uncle keep going on about Trump? Fuck that guy, stick a yam in his mouth.

Feel a head cold coming on? Fuck that, stick a yam in your mouth. There’s Vitamin C in those bad boys.

Did you eat way too much and you’re really uncomfortable? So did everyone else!! Go for a walk outside and fart a bunch. Then when you get back sip on some bourbon, it’s a digestive.

So don’t worry. You can’t ruin the world’s greatest holiday, even if you tried.

Two weeks left until the playoffs. Four of the playoff spots have been clinched. Four spots remain open. Let’s look at everyone’s playoff chances and some possible playoff match-ups.

After a great 2-year run, Buckets’ team could never get anything going this year. He’s now lost his 7th game in a row and is the lowest scoring team in the league. Buckets’ team can now start making vacation plans and do their Christmas shopping

Woody is not mathematically eliminated from the playoffs. At 3-8, he’s only 2 games back of the 8th spot. And currently sitting in the 8th spot, is PWood, who Woody plays the final week of the regular SZN. I so want this to happen. I need Woody vs. Woody during the last week of the SZN for the final playoff spot.

Of course, Woody needs to win this week to get there, PLUS he needs JeffWho and JD to lose the rest of their remaining games, as well. This is a strong possibility however; they both have lost 4 of their last 5 match-ups.

The Toppa Bowl hangover is real! I think. Well, not last year, but this year. It’s still a thing.Fuck it.

JD still has a chance to make the playoffs, but he’s got to win both of his final match-ups. He’s matched up against me this week, and I’m trying to get myself into a top 4 playoff seed. Next week, he’s matched up against Buckets, who’ll be playing for pride in the final week of the season. JD will also need help from PWood in the form of one, if not two losses.

At 4-7, JeffWho has the same playoff scenario as JD. He’ll have to win out for the final two weeks of the SZN, plus hope that PWood loses. He’s also got to put up big numbers the final two weeks, since JD has the tie-breaker over JeffWho, with 50 more points this SZN. JeffWho has arguably the hardest slate of any playoff hopeful. He’s matched up against Timmy this week, who has had a horseshoe crammed up his ass all year, and then closes out the SZN matched up against the #1 team in the league, JBiggs.

PWood is in control of his destiny. He’s in the 8th and final playoff spot. If he just wins the rest of his games, he’ll keep it and move on to the playoffs. It won’t be easy. This week has him matched up against Brendo, who’s riding a 5-game winning streak.

#Maini won this week to solidify his playoff chances a bit more. He’s still not safe yet, so he’s got to have a good final two weeks. That’s going to be tough with this week’s match-up against JBiggs. If he does lose this week, he’s still got a chance to make the playoffs, but he’s going to have to start relying on other teams losing and tie-breakers.

6. Sauce on the Side

You gotta think Vegas was riding high after blowing out the best team in the league last week. I was able to pull him back down to Earth this week. He’s still in good shape to make the playoffs at 6-5. He’s matched up with Buckets this week, which could clinch a playoff spot for him.

I’ve finally gotten some good luck and won two in a row. I even felt good enough to taunt Vegas last week:

(Disclaimer: I sent that when I had a 99% chance of winning our match up. I’m a pussy when it comes to smack talk.)

I’ve won 2 in a row and I want to keep the momentum rolling into the playoffs. Both of my match-ups have big playoff implications: I’m matched up with JD this week, who needs a win to stay alive, and with #maini to close out the SZN, in a match up that could decide both of our seeding.

Playoff Outlook: Clinched.
Possible Playoff Matchup: #MainiLovesBradyUggs or Sauce on the Side

Coming into last weekend Micho had been rolling, winning 4 of his previous 5. He lost a very close matchup with Brendo, but was still able to clinch a playoff spot. He’s looking like the 3 seed right now, but his final matchup of the SZN is against Timmy. If he wins that, he could jump into the 2 seed. Watch out for that matchup, when Timmy and Micho play, you throw out the record books because there is no love lost, as well as other football clichés.

Playoff Outlook: Clinched.
Possible Playoff Matchup: Mr. BoomBoom or Sauce on the Side

Brendo’s team is finally looking like the team I thought he was going to be this SZN. Early in the SZN, he was one of the highest scoring teams in the league but was losing games. Now he’s rattled off 5 straight and clinched a playoff spot. He could even become a higher seed, his final two match-ups are against PWood and Vegas.

This week’s Blowout of the Week is sponsored by this Leaf Blower. Get it? Leaf BLOWer? Nice. This thing is only like $24 which is totally what I would end up paying for a leaf blower, then find out it can barely blow out the candles on a birthday cake.

It’s gonna take some crazy shit for JBiggs not to be the #1 seed going into the playoffs. His final match-ups are with #nick and JeffWho, two teams he’s already beaten. I’d be pretty excited for a DeSantisesesesese Bowl in the first round of the playoffs and the potential is there.

Happy Thanksgiving! This year I’m giving thanks for there being minimal complaints about the fact that I’m too busy to write a blog every week. There are 3 games tomorrow. Be sure to set your lineups tonight, so you can stuff your face worry-free tomorrow. As usual, the Lions (+2.5) start off the day at 12:30pm against da Bearsss, then the Cowboys (-7) play the Washington Professional Football Team. We end the night with a pretty decent game, with the Falcons playing the Saints (-12).

Everyone have a great Thanksgiving. Don’t forget to do a walkthrough tonight.